Who Gets The Tickets? What To Do About Time-Sensitive Property In Divorce

With all the hubbub about the rise of the Chicago Cubs, baseball fans have been kicked up into a frenzy, celebrating the momentous victory of the Cubs after 108 years without a World Series win. So, what happens when you’ve got tickets to the crucial game, but your spouse decides it’s time to get divorced? 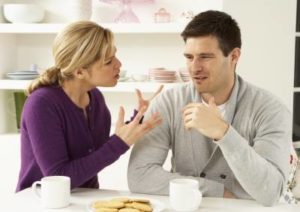 One woman has taken her estranged husband to court over this very issue. Nancy Riddle of Chicago filed an “Emergency Petition for World Series Tickets” at her local county courthouse. Her husband John Riddle had two tickets that he planned to use to take the couple’s 12-year-old son to Game 4, where the Cubs lost to the Cleveland Indians. Nancy believed that she should have been able to take her son using the tickets, which were purchased by John as part of a season ticket package with some of his friends prior to the divorce filing.

The courts went middle field on their response. While John was allowed to keep his tickets, he was ordered to purchase his wife a comparable ticket as well.

Who Gets Sports Tickets In Colorado Divorces?

Colorado is an equitable division state. This means that property acquired during marriage will be divided equitably (if not equally) in divorce. Using a local team as an example, let’s say a Colorado couple has tickets to the Denver Broncos and both parties wanted to attend the blowout Super Bowl that we won this year (Go Broncos!). If the tickets were purchased during marriage, the courts would likely consider them marital property. As such, both parties would have a claim to the tickets, and through an emergency petition the parties may be able to settle the issue before kickoff.

Our Denver family law firm can help you take control of your family situation to prepare you financially, emotionally and logistically for your future.