Child custody can be a tough subject to discuss and it can be even harder if you believe your child might actually be in danger. So what should you do if you think that your child is in danger when spending time with their other parent? One option is to file for Emergency Child Custody. 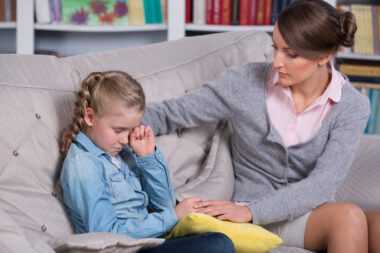 What is Emergency Child Custody?

Emergency Child Custody is essentially a Motion to Restrict Parenting Time. And what is a Motion to restrict Parenting Time?  This motion indicates to the court that one of the parents of the child would like to restrict the parenting time of the other parent based on the child being endangered. It is a motion filed with the court which requires the court to rule on it within 14 days of filing. During those 14 days, the courts will appoint a third party to supervise any parenting time until the motion has been ruled on.

Which Factors Should I Consider Before Filing for Emergency Child Custody?

There are three things you should consider before filing for Emergency Child Custody.

What If My Child Needs Out Faster than 14 Days?

If you believe that your child is in immediate danger, you always have the option to call Child Protective Services. Calling CPS is the most serious action you can take and will get you the most immediate response. CPS will interview both parents, witnesses, and the children and may tour each parent’s house and environment. They will then make certain findings without initiating an action within the court, meaning CPS is a quasi-adjudicatory body. They may also initiate an action through the courts called a “Dependency and Neglect” action in the more severe cases of abuse and/or neglect and may remove the child from the unsafe environment. It is important to note, calling CPS on the other parent also brings in CPS to investigate you and make decisions in the best interest of your child. While you may have nothing to worry about in terms of your parenting, by inviting CPS into your child’s life, you are also going to be held to certain standards and possibly made to comply with certain requirements under a safety plan issued by the department or the courts (or both in conjunction)

No matter what you decide to do, just know that your child is what matters most and you should act in their best interest at all times.  The court will do the same and make rulings on what is best for your child, after taking in all of the evidence and the facts. To schedule an initial consultation with an attorney to discuss the steps you would like to take to obtain Emergency Child Custody, click here.