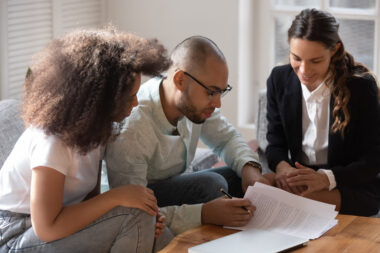 What is a prenuptial agreement?

A prenuptial agreement, also called a prenup or a marital agreement, is a contract between two people who plan on getting married. This contract decides how they will handle finances, property division, alimony, etc. if they do get a divorce eventually.

Who should get a prenuptial agreement?

People often think that prenuptial agreements are for the extremely wealthy, however there can be benefits to having a prenuptial agreement for just about any couple. If you have assets from before the marriage that you would like to protect, a prenuptial agreement is the perfect way to do so. Premarital assets can include anything you owned before the marriage, inheritances to your children from previous relationships, or business interests. Prenuptials can also be extremely helpful in the case of a divorce because you have already decided ahead of time on the division of assets and even alimony!

What does a prenuptial agreement cover?

A prenuptial agreement can cover a variety of issues including:

While a prenuptial agreement can cover all of the above topics, it CANNOT determine child custody. A judge will decide this if a divorce happens, based on the best interest of the child at that moment in time. The same goes for child support.

Is my prenuptial agreement amendable?

It is also important to note that, during divorce proceedings, the judge has the ability to rule the prenuptial agreement “unconscionable”. This will only happen in extreme circumstances, like if one spouse would be left unable to support themselves if the prenuptial agreement was carried out a intended. This is very uncommon, even when the agreement is somewhat one-sided.

All in all, a prenuptial agreement is perfect for protecting any assets you may have had before your marriage or any assets you children may have! It is a great idea to protect yourself and your children, even if you can’t imagine yourself getting divorced!

To discuss getting a prenuptial agreement with an attorney, you can contact us here or give us a call at (720) 386-9176