Three Signs Your Online Flirting is A Full-Fledged Emotional Affair 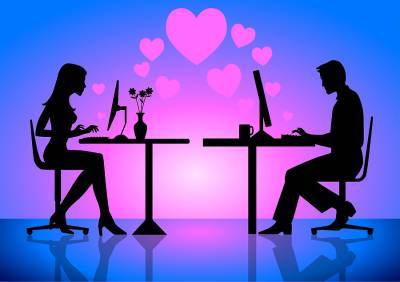 France is renowned for its laissez-faire attitude towards extramarital affairs, but the country recently surprised everyone by declaring online flirting alone””without any physical contact– fair grounds for divorce. Echoing President Jimmy Carter’s infamous words, the French court claimed an emotional affair was as insulting to marriage vows as a torrid love affair under the sheets.

In this particular case, the wife in question set up a dating profile on an online matchmaking site and was supposedly finding a bit of solace in chatting up strangers in cyberspace. She never actually met any of them in real life, however, and she certainly didn’t sleep with anyone outside her marriage (though she did share a few naughty pictures). Still, the judge felt she had cheated on her husband just by checking out her options and deemed the divorce solely her fault.

“French law states spouses owe each other mutual respect, fidelity, security, and assistance. It was in this notion of respect, added to the civil code in 2006, that the wife had failed,” reported Le Figaro.

There are a number of ways to scope out the other fish in the sea in the modern age (hello, Tinder!), but it’s one thing to stare longingly at your hot yoga teacher and completely another to engage in a suggestive texting frenzy. How do you know when you’ve crossed that crucial line? Here are three signs to watch out for:

1. It’s all secretive. Remember that episode of “Friends” where they each made lists of celebrities they could get a pass on from their relationships if ever given the chance? That was a shared activity, where each person was well aware of their partner’s crushes and desires. There’s obviously something more serious going on if you’re sneaking onto your computer late at night to see if anyone’s “winked” at your profile, or snapping the laptop lid shut whenever your partner walks into a room.

2. The “harmless” flirting is the best part of your day. It’s lovely to get a little ego boost from someone who compliments your wit or lights up at your dazzling smile, but it becomes dangerous territory once you’re purposely donning a cute dress or spending hours drafting the perfect email reply to gain that attention. It’s time and energy you could be devoting to your marriage, and you shouldn’t be depending on a “flirt buddy” for self-esteem pick-me-ups in the first place.

3. “We’re just friends” is a phrase you repeat frequently. You might honestly believe that’s true of the old flame you’ve connected with over Facebook, or the work-wife you’ve started confiding in more, or even the dashing British man you’ve met on forbiddenflirt.co.uk; nine times out of ten though, this is a phrase people use to justify something they know is wrong. If you find yourself rationalizing a relationship””especially to yourself, there’s nothing innocent about it and you know it.

An emotional affair is very often a prelude to an actual affair, but as the French court pointed out, it certainly betrays the marital principles of mutual respect even if nothing more comes of it. Don’t believe us? Just check out the personal stories on Facebookcheating.com; then decide whether it’s really worth exploring if the grass is greener somewhere else.