Relocating With Children After Divorce 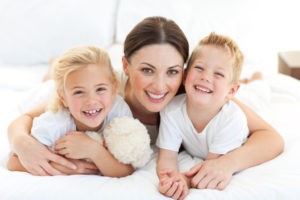 In this article we discuss the issue of relocating with children after a divorce or allocation of parental responsibilities order has already been entered. Relocating to another state with a child is a big decision, and unsurprisingly the courts take this issue very seriously. In addition to the usual statutory considerations as to what is in the best interests of the children, there are nine additional factors that the courts consider when determining how to resolve a relocation motion. Instead of going through all of the factors we’re going to highlight some of them that are unique to relocation matters that we have found to be critical, although it’s important to note that judges can give differing amounts of weight to any of these factors as they see fit. For a list of all the factors a court can consider see C.R.S. § 14-10-124(1.5)(I”“ XI) and C.R.S. § 14-10-129(2)(c)(I”“IX).

One of the most important considerations for any judge is the presence of family where the children currently reside versus where the proposed new location is. Most judges give significant weight to how the move will impact family ties. If children will be gaining family members to be around, especially if they have already established positive relationships with them, it can help boost the chances of being able to relocate. Conversely, a parent who wants to move children away from family members may experience more difficulty in being allowed to do so.

Courts also inquire into the educational opportunities for the children where the children currently reside versus where the proposed new location. School rankings, extracurricular activities and clubs, and advanced educational programs such as International Baccalaureate are just some of what can set one school apart from another. Whether you’re the parent who wants to move or you’re wanting to prevent the move, you’ll want to be intimately familiar with the educational opportunities at both locations.

Last, but certainly not least, we’ll examine the two factors at the very core of the move: Why does one parent want to move and why does the other parent want to prevent the move? For example, if Dad wants to move to sunny California because he’s tired of winter a court would be less likely to grant that than if Dad wanted to move to California because he found a new job that would double his salary and be closer to family. The way a court examines the reasons a parent objects to the proposed move is more nuanced than it appears at first glance. Although it may seem obvious that the reason a parent objects to the move is because they want to be near their children, this isn’t exactly what a court is looking for. Essentially, the judge wants to know the specific reasons as to why a parent thinks it will be worse for the children to move instead of simply objecting to the move because it would make the parent sad or simply to make the other parent’s life more difficult.

Planning and preparation is key to winning or defeating a motion to relocate. You can’t change the facts, but effectively planning out your case and strategizing at an early stage improves your chances of success. Hiring an attorney before filing or as soon as you are served with a motion gives you the best opportunity to put on an effective case.

If either you or your ex is planning on relocating and your children are involved, reach out to Divorce Matters today and our experienced attorneys can help guide you on what the next steps are.