How Would SB 16 Protect Same-Sex Marriages in Colorado? 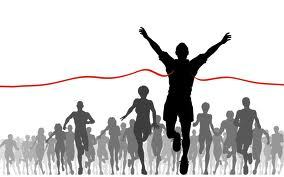 Our state of Colorado legalized same-sex marriage in October of 2014. Civil unions, which are similar to marriage but convey no federal benefits to couples, have been available to same-sex couples in Colorado since May of 2013. When marriage was legalized, many same-sex couples already committed in civil unions rushed to the county clerk’s office to get married.

These couples may have unknowingly entered into a complicated legal situation with the state, wherein they have two state-recognized relationships.

How Can a Same-Sex Couple With Both a Civil Union and a Marriage Get Divorced?

Today, if a same-sex couple has both a civil union and a marriage and seeks a divorce, they actually must file twice, once to dissolve the civil union and another for the marriage. Senator Pat Steadman, D-Denver, introduced SB 16 in an attempt to reconcile statutes regarding civil unions with the state’s new marriage laws, but the bill was sent to the state affairs committee known colloquially as the “kill committee.”

If the bill does not pass, legal experts will face serious legal inconsistencies regarding same-sex marriage and divorce. Not only does the current system present an unfair fiscal burden on divorcing same-sex couples, it also is unconstitutionally discriminatory toward married same-sex couples who move into the state.

How Is SB 16 Discriminatory Toward Same-Sex Couples from Out of State?

Currently, a married gay couple entering Colorado will have their marriage recognized as a civil union, as was the policy when civil unions were legalized in hopes of extending some manner of full faith and credit to married couples from other states. What once was meant as a meaningful positive gesture toward LGBT couples now downgrades their relationship to a civil union, an action Steadman is certain will lead to a lawsuit resulting in the state’s loss and a hefty legal bill.