Financial Infidelity Can Lead To Divorce 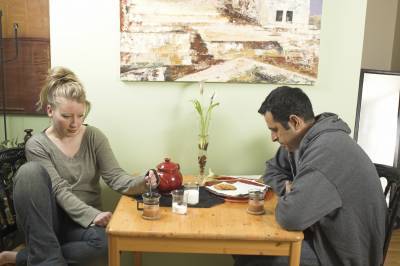 It goes without saying that marital infidelity can lead to the breakdown of a marriage. But adultery is not the only type of infidelity you have to worry about ”“ there is also the notion of financial infidelity.

Financial infidelity basically means to lie to your partner about finances. And it’s a growing trend, according to a Harris Poll for the National Endowment for Financial Education. Two out of five Americans admitted to lying to their spouse about financial matters.

Financial infidelity can be anything from a little white lie to full-blown hiding of a significant amount of assets or debt. Sometimes it can be for a good reason, like saving up for a surprise family vacation. But often, the reasons for lying about money are more malicious, and this type of deception, when discovered (when ”“ not if), can lead to enormous trust issues that may culminate in divorce.

What Are Common Types Of Financial Infidelity?

In the age of cashless transactions, it is easier than ever to engage in financial infidelity. The practice is widespread throughout all demographics, though more common with younger couples. Usually, the moment of discovery is when a major event happens, such as a big purchase (home, car) or even things like medical emergencies. And when the truth comes out, it can destroy your trust and foster contempt ”“ the leading predictor of divorce.

So what should people do to avoid these problems? Maintain open and honest forms of communications about income, assets and debt. Have a weekly or monthly meeting with your spouse to review finances and pay bills. Couples who argue about money and finances should work with a marital counsellor or a financial advisor (or both) to guide them into a better way of handling their household budget, accounts and debt.