Facebragging: Is It Causing Divorces? 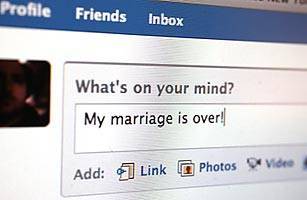 Social media plays a huge role in divorce. Attorneys can use social media posts as evidence to argue for things like child support, spousal support and other important aspects of divorce cases. Divorce selfies have become a trendy way to announce over Facebook or Twitter that you and your spouse have split up. And Facebook routinely shows up as a contributing factor in one-third of divorces.

Needless to say, social media is very powerful. But what is it about these sites, and Facebook in particular, that causes such rifts between married partners? One trend ”“ known as Facebragging ”“ might have something to do with it.

Facebragging is the trend of posting things on Facebook to show off to your friends under the guise of simply sharing news. Facebragging can create unrealistic ideals that social media users may then apply to their own marriages. Here’s are some examples:

The plights of Patrick, Bob, Layla and Jane are becoming more and more common as social media continues to loom large in the lives of married couples, creating a sort of “keeping up with the Joneses” effect that can lead to resentment. When people are overexposed to Facebragging, it’s not shocking to see that it can hurt a marriage to the point of causing divorce.

For more details on how social media interacts with divorce cases, check out this video by Divorce Matters.