Why Is January Known As Divorce Month? 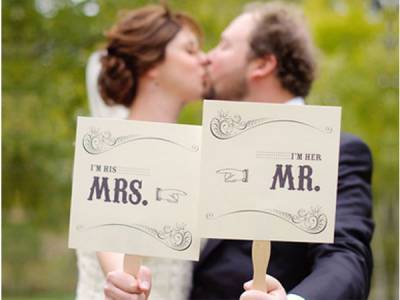 A new year. A new beginning. Or is it a new ending?

Did you know that the first Monday of the year often comes with a peak in divorce filings? The holiday season is usually seen as a time of joy and family, but for many couples, this joy is a faÃ§ade to mask strife in the relationship or even a last-ditch effort to salvage a failing marriage. There are plenty of reasons a couple might stick it out for the holidays.

One of the most common reasons for January divorces is that parents want to preserve the magical feeling the holiday season brings to children. Starting a divorce right before the holidays introduces grief and uncertainty, which can detract from the kids’ ability to enjoy their celebrations. By waiting until January, the kids are able to enjoy one last holiday as a family.

Another reason January sees a spike in divorces is because of year-end reflections and resolutions. For unhappy couples, the end of the year might make them look forward and decide that they can’t take another year of unhappiness. Emotions run high and couples decide to call it off.

There are also economic reasons couples might want to divorce before the new year ”“ taxes, for example. A person’s marital status on December 31 determines whether the couple will file separately or jointly on the next year’s taxes.

Our Denver family law attorneys wish you the best going into the new year and are willing to assist you in any matters of family law you might need help with.

It’s been several months since the unexpected news of American singer-songwriter Prince’s death. The musician, known for his eclectic style, mastery of many instruments and Purple Rain, often considered one of the best rock albums of all time, was found dead in an elevator at his Minnesota estate after overdosing on an opioid known as Fentanyl. The death came less than a week after Prince’s plane made an emergency stop in Moline, Illinois for emergency medical treatment after he was found unconscious.

Does Prince’s Estate Still Owe Attorney Fees for His 2006 Divorce?

The musician recently appeared in the headlines once more as a result of an ongoing dispute regarding his 2006 divorce from second wife Manuela Testolini. According to Prince’s divorce attorney, Patrick Cousins, Prince’s estate owes him nearly $600,000 for attorney fees accrued during the divorce.

Why would Prince’s estate owe attorney fees 10 years after the divorce was finalized?

According to Cousins, he and the late musician were very close friends who had an agreement that Prince would owe Cousins nothing until all of the divorce’s loose ends were tied up. Cousins says that these loose ends were finally resolved on April 1, 20 days before the musician’s untimely death. When asked about what loose ends took 10 years to clear up, Cousins had no comment.