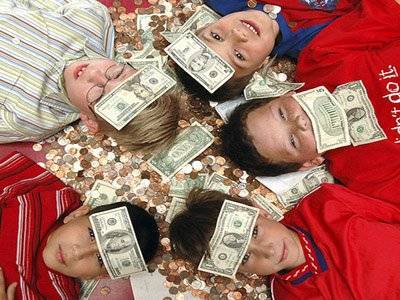 If you’re a fan of reality TV, then you have probably heard of Sister Wives, a show on the network TLC (formerly known as The Learning Channel, until learning fell off the list of network television priorities,) documenting the life of the polygamist Brown family of Lehi, Utah. The show details the marriage between one man and four women; one union is legal, the rest “spiritual.”

The news recently broke that family patriarch Kody Brown has divorced his legal wife, Meri, to marry the youngest of his three spiritual brides, Robyn, much to the shock of longtime viewers.

Brown’s ex-wife is sticking around despite the divorce, relegated now to the role of sister wife along with other sister wives Janelle and Christine. As far as amicable breakups go, this one is almost unbeatable.

The idea behind the switch is that new legal wife Robyn’s three children from a previous marriage would be more fully integrated into the family for purposes of insurance and other added securities. Some fans of the show have expressed sympathy for the ousted wife Meri, but in the end, the divorce was not due to a lack of love. It almost certainly had more to do with legal issues, since polygamist marriage is illegal in all 50 states.

The Case of the “Accidental Polygamist”

Speaking of polygamist marriage, the case of the Brown family brings up an interesting issue for divorcing couples, one more common than you might think. In some caseswhen parties are not represented by lawyers, the actual divorce slips through the cracks and the divorce process is never finalized. Perhaps one spouse forgot to file important paperwork or the divorce decree was never technically approved by a judge. The couple then splits and goes their separate ways, finding love elsewhere, even getting married to other people. Years down the line, one of them files for Social Security, only to find that their original marriage is still on the books. He or she has become an accidental polygamist!

A family law attorney can assist people facing such situations to untangle the mess. In addition to multiple marriages being illegal, people can face complications regarding Social Security benefits, taxes, creditors, inheritances and more. As such, it is in your best interest to make sure that your divorce is final long before the above happens to you.