The face of marriage is changing. More and more committed couples are delaying marriage to jump-start careers or simply juggle the economic impacts of a recession. With the stigma once associated with cohabitation a relic of the past, many couples are choosing to live together, committed, yet single.

But as with any relationship, married or otherwise, sometimes things do not work out as planned. When non-married couples who have had children together, purchased homes, shared debt, and made future plans find themselves facing a “divorce,” the process of separating their lives often requires legal intervention.

For these couples, the first question they should ask is: “Are we common law married”?

What is a Common Law Marriage in Colorado?

In Colorado, a common law marriage can be defined as a marriage between a man and a woman that is based on the couple’s agreement to have a marital relationship and not based on a formal ceremony or legal formality.

There are numerous factors, however, that must exist for a relationship to be recognized as a common law marriage. Simply because a couple has lived together for a period of time does not mean they meet the requirements. In some situations, a couple can cohabitate for 10, 15, or even 20 years and still not be considered married under common law. So how is a common law marriage determined in Colorado? Couples seeking common law designation must meet the following basic criteria, although the court will also look at other aspects of the relationship:

These criteria are written in “legal-ese”, but essentially what they means is that the couple is known as being married to their friends, family, and their community, regardless of their legal status. For example, if the couple had a ceremony and wears rings they would be holding themselves out as a married couple, regardless of whether or not they actually signed a marriage license.

Dissolving a Common Law Marriage: Is there such a thing as a “Common Law Divorce”?

So how do you deal with separation if you are common law married? Do just agree to go your separate ways?

As with a lot of aspects of family and divorce law, it’s not that simple.

Because “for all intents and purposes” you are legally married, even without an official marriage certificate, you will need to follow the same divorce process as a legally married couple. Your common law marriage essentially acts as a marriage certificate in the eyes of the court. You may still be responsible for spousal maintenance (alimony), child custody, and dividing property.

As a common law married couple, you have the same rights and privileges as a traditionally married couple, as well as the same responsibilities. In addition to sorting through all of the obligations that you held together as a couple, you also are unable to remarry until the divorce is finalized.

Many couples believe that avoiding the legal marriage designation makes things simpler. But in the end, should things not work out as you and your partner had hoped and dreamed, and you have a common law marriage, you may find yourself facing the same complicated path to separation as a traditionally married couple.

If you’d like to schedule an initial consultation with one of our expert attorneys to determine if you are in fact common law married, give us a call or click here! 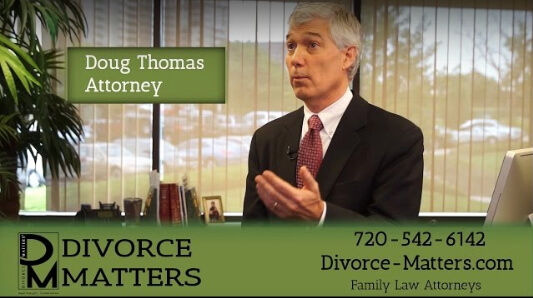