Balance Is Important: Why Overnights Are So Important For Young Children 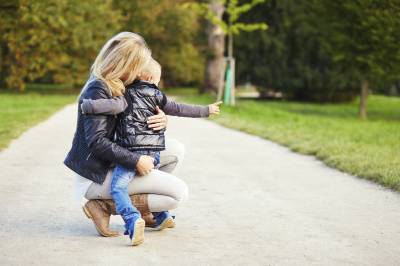 When the courts come up with child custody arrangements, they determine the plan based on what is in the best interest of the children. Often, the courts will try to make sure that each parent has adequate overnight visits with the children. It may seem like a no-brainer that children should be able to spend time with both parents, but what arrangement is best? A new study suggests that splitting time as evenly as possible between parents is the best way for children to build and maintain both relationships.

The study, published February 2 in the journal Psychology, Public Policy and Law, suggested that adult children who went on the have the best relationships with their parents were those who spent equal time between their parents’ homes as young children.

Previous research on couples showed that a child who spends too much time with the father early in life would suffer damaged bonds with the mother. The new study suggested otherwise: not only did overnight parenting with the father cause no harm to the mother-child relationship, commonly thought of as the most important relationship for young children, it actually appeared to strengthen both relationships.

The study looked at 100 college students whose parents separated before the students turned three years old. The students rated their relationships with their parents and the findings showed that the time spent with the child at age two was highly important. If a child spent less time at one parent’s house, the parents were typically unable to compensate later with more overnight time. As a result, the child’s future relationship with that parent would suffer. The study concluded that an even, or close to even, split provided benefits for all three parties, not just the custodial parent and the child.

Why? The researchers have a theory. For fathers, being alone with the child helped them to learn how to parent the child from the beginning. This led to a better foundation for their future relationship. For mothers, letting the child spend time away gave them a break from the stresses of being a single mother, which made mothers more prepared to raise the children when they had custody.

Having issues with a parenting time arrangement for your children? Our Denver family law firm is well-equipped to handle all matters of child custody, including enforcement and modification.