What Kind of Divorce is Right for You? 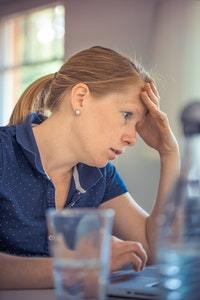 No two divorces are the same. The legal assistance and procedures you choose will depend on your relationship with your spouse, pertinent child custody matters, marital assets, and personal resources. There are several paths you can take to obtain a divorce. Find out more about the different divorce forms to learn which option is best for you.

An uncontested divorce is for couples that have no issues to resolve before the divorce can be granted. If the spouses agree on every aspect of the divorce, they may choose to file jointly. Uncontested divorces can be obtained without legal counsel if desired. This option works best for spouses with no children and limited resources that are seeking a “quickie divorce.” While uncontested divorce is typically the least expensive form of divorce, it can also be a risky choice. One spouse may be unduly influenced by the other to accept the “raw end of the deal.” Spouses that fail to address every issue in their divorce agreement may end up going back to court at a later date.

Collaborative divorce is the process of resolving divorce matters as a team. Each spouse hires a separate attorney, but all parties work together to find a solution to property distribution and child custody issues. This process works well for divorces with few contentious issues involving amicable, cooperative spouses. However, if the parties cannot reach an agreement, they may have to retain new counsel and start from scratch.

Mediation can be a very effective approach to reach a mutually agreeable divorce settlement. The spouses, with or without separate counsel, sit down with a neutral third party to resolve their financial and parenting issues. This form of divorce works well for many couples, as long as both spouses are willing to cooperate and compromise.

The most common form of divorce is the out-of-court settlement. Each spouse is represented by his or her own attorney who oversees the negotiation process. When the parties reach a divorce agreement, they submit their proposal to the court for approval.

When negotiation and dispute resolution attempts fail, a contested divorce may be necessary. In a contested divorce, the spouses present their arguments in front of a judge or jury, who decides the issues for them. This is the most complicated, time-consuming, and expensive form of divorce. It is only recommended for those with complex asset division or child custody issues, or those dealing with a hostile spouse.

A less commonly used option is divorce arbitration. The process is often faster and less formal than a full trial, but the issues are still heard and decided by a neutral third party. The arbitrator’s decisions are legally binding, so it is only a good option for those who wish to preserve time, money, and privacy, but have been unable to reach a divorce settlement.

Divorce Matters is a Denver-based law firm that focuses on divorce and family law issues. Contact us today to schedule a consultation and let us assist you throughout each step of your case.