What is Bird’s Nest Custody? 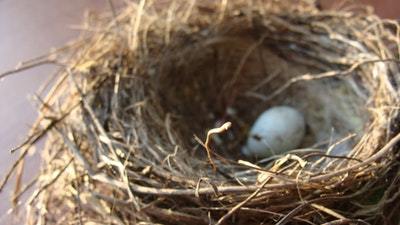 In the past, child custody arrangements involved dropping off the kids at the other parent’s house when it was their scheduled time for visitation. While that still happens often nowadays, there is a new type of child custody arrangement that is gaining in popularity. Called bird’s nest custody, it sounds like something from Animal Planet, but it’s actually a great idea for parents who want to minimize disruption to their child’s lives after a divorce.

Bird’s nest custody is a form of child custody arrangement. Instead of going back and forth from one parent’s house to another, the children stay put and live in one house. The parents are the ones who rotate in. Dad comes in when it’s his turn to parent. When it’s Mom’s turn, Dad leaves and Mom stays in the house until it’s Dad’s turn again.

The court rarely mandates such an arrangement, so it’s up to the parents to decide if this unique arrangement will work for them. It offers many benefits, especially for the children, but can be difficult for the parents. Here are the pros and cons to consider.

The biggest advantage of bird’s nest custody is that it is focused on the children. The children get to stay in the house, so their lives do not get disrupted. This gives children more stability and reduces anxiety.

Communication is also easier for the parents because they both inhabit the home, just at different times. They can simply leave notes for each other or even talk as they switch custody.

A bird’s nest arrangement can save money in some ways. The kids don’t have to have two of everything so they can leave one at each parent’s house. This also means that they won’t lose belongings as they are being shuttled back and forth.

Probably the biggest issue with bird’s nest custody is the cost of maintaining three separate residences: one for the kids and one for each parent. It’s possible for the parents to share a home as well, since they will be rotating in and out of it, but that can get awkward and cause privacy issues.

Proximity is another consideration. This arrangement won’t work if the parents don’t live near the home. Also, it can make it hard for parents to move on after a divorce. It can be hard to form new relationships if they are living in two separate households.

This arrangement works only for divorces that were amicable. It can get awkward since the parents have to see each other during custody exchanges, and it’s not good for the children to see their parents fighting constantly.

Child custody matters can be complicated. If you’re looking for a custody arrangement that will work best for the kids and parents, contact the family law professionals at Divorce Matters. We can offer trusted advice while protecting your legal rights. Request a consultation today by contacting Divorce Matters online or by calling (720) 463-1232.