Why Does Child Support Exist? 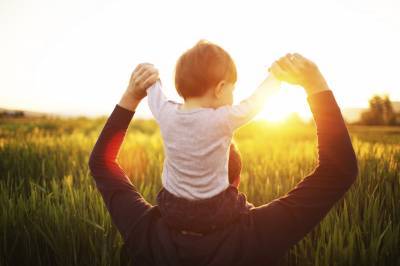 Child support is the term that refers to the repetitive payments from the higher-earning parent to the lower-earning parent after a separation. There are no guidelines for gender roles, meaning men can make payments women and women can make payments to men. Depending on where you live, the payment can either be made directly to the other parent or payments can be submitted to a third party (most often the court) and the third party will make arrangements. The purpose of child support is to make sure both parties can support themselves and children following a separation of parents. When one parent has sole custody, the support payments also help ensure income from the non-custodial parent is used to help raise the child.

When did it start?

Child support has been around in the United States for over 100 years. The first laws adopted were under The Uniform Desertion and Non-Support Act of 1910. This legislation made it a crime for a husband to abandon or neglect to provide support for children under 16. This law did not provide a means of punishment so many fathers simply moved to avoid penalty.  Fast forward to 1950 and the Uniform Reciprocal Enforcement of Support Act (URESA) gave states the power to pursue parents across state lines. This act was replaced by the Uniform Interstate Family Support Act (UIFSA) in 1996. UIFSA updated the URESA to incorporate guidelines for jurisdiction, residency, modification of an order, and questionable paternity. Since URESA there have been a number of additional laws passed that help states collect past due or unpaid child support; issues like wage withholding, state agencies to handle collection, Federal income tax garnishment, and other penalties for non-payment of child support.

The goal of these policies is to make sure children don’t get the short end of the stick. The 1990s was perhaps the most influential time for child support because there was a national push for reform after an increase in child poverty rates, long-term dependence on government assistance, and the “feminization of poverty” which refers to the portion of female-headed households that have income below the poverty line.

How long does child support last?

In Colorado child support generally lasts until the child is 19. However, the court can terminate the order at an earlier date, as well as, extend the support beyond age 19 if the child is unable to care for themselves. Also, if a child marries or enter active military duty, the child will be considered emancipated and support for them will be terminated.

Child support can be extremely helpful for parents who need support from the other parent of their child. Sometimes this can be accomplished without a court order if parties can come to an agreement.