How Divorce Can Be Healthy 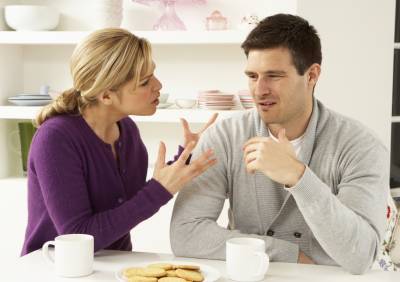 Research has indicated in the past that divorced and unmarried couples are less healthy than married ones, but according to London-based researchers, this is actually not the case. The new study, conducted at University College London, found evidence that individuals who were divorced and remarried were no more likely to suffer health problems, such as cardiovascular or respiratory disorders, than couples that stayed together.

In fact, in some cases, divorce even led to long-term health benefits. Men who divorced in their late 30s and never remarried were found to exhibit lower rates of conditions like diabetes compared to married men.

Furthermore, it seems that marriage was not the deciding factor in a couple’s long-term health, but rather, cohabitation. Unmarried long-term couples living together were found to have nearly identical health levels to long-term married couples. These finds were complemented by finds that the individuals with the worst health were those who were unmarried and did not live with a partner.

Divorce and Your Health

No matter whether married, divorce or cohabitating couples have the best health, divorce is a turning point that can allow you to focus on your physical and psychological well-being. Divorce is undoubtedly healthier than staying unhappily married. Stress and unhappiness stemming from a bad marriage can predispose a person to depression, heart disease, cancer, arthritis and diabetes. Not only that, but kids suffer perhaps more than anyone else does during an unhappy marriage. If you are considering calling off your marriage, you should speak to a Denver family law attorney.